The new designation will support and enhance arts and culture in the City by contributing to a vibrant, thriving historic Downtown area. In addition, it aims to drive economic revitalization; build on existing arts, business, and entertainment activity; and broaden the community's emphasis on diversity.

The Downtown Cultural Arts District’s boundaries will evolve over time. It will focus initially on the Downtown core, Shute Park, and M & M Marketplace, while working to develop arts, culture, and economic development opportunities in the areas surrounding and in between.

In adopting the resolution, the City Council also received a report of recommendations submitted by the Hillsboro Arts & Culture Council. The document will guide the District's development, with businesses, nonprofits, and events offering a solid foundation.

The City's network of partners will be critical in forming the District — developing an identity, improving access to arts and culture, and encouraging participation among local businesses, nonprofits, and community members. 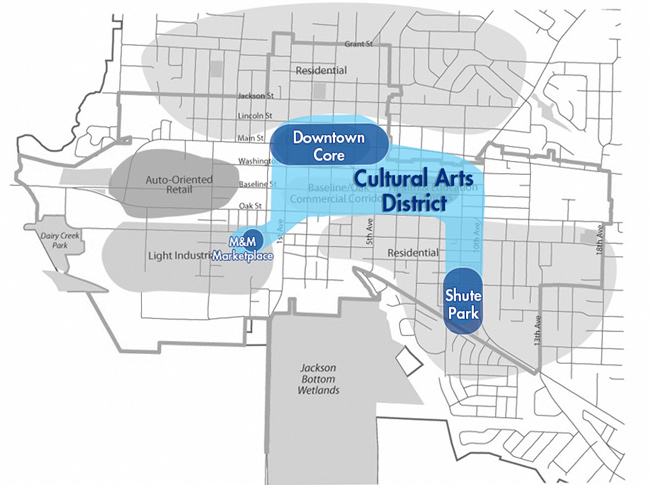