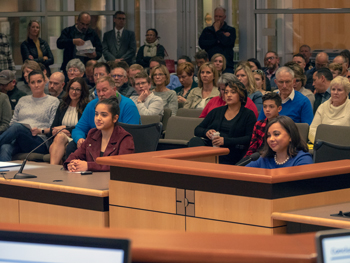 The Pacific Northwest is at risk for a major earthquake in the Cascadia Subduction Zone.

The Hillsboro Civic Leadership Academy’s Class of 2019 is concerned about the challenges that many Hillsboro community members face in getting prepared.

Presenting to the City Council in November, Academy graduates urged the City and community members to raise awareness — and make it easier for vulnerable people to get the resources they will need ahead of time.

The group of 12 Academy members evaluated disaster preparedness during six weeks of sessions with a particular focus on lower socioeconomic and vulnerable communities.

In their final report, Academy members wrote, “Many, especially vulnerable stakeholders, will likely rely on the City for help, but it will take the cooperation and participation of all to overcome a disaster; especially an earthquake, which will likely have a devastating financial and structural impact.”

Zales cited the Oregon Resilience Plan created in 2013 by the Oregon Seismic Safety Policy Advisory Commission. It reported the Cascadia earthquake would lead to thousands of deaths in Oregon, and at least $32 billion in economic losses — in 2013 dollar figures.

Now entering its fifth year, the Academy continues to engage a diverse group of residents to learn about City government, build leadership skills, research a topic of community importance, and provide the City Council with information that identifies challenges and opportunities to better serve our community.

Learn about the Academy at Hillsboro-Oregon.gov/Academy.

See what items you need to be prepared for “The Big One” at Hillsboro-Oregon.gov/Earthquakes. 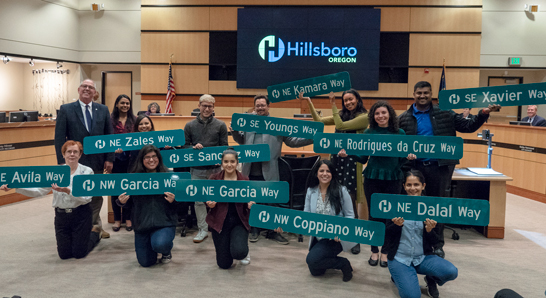