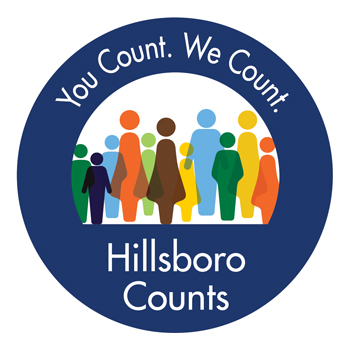 Every 10 years, the Census counts every person living in the United States. Now, it’s time for the 2020 Census.

Watch your mail this month for Census instructions. Fill out your Census online, by phone, or by mail. The 2020 Census has nine simple questions and does not ask about citizenship. Getting an accurate count of everyone, regardless of citizenship, is essential.

Why does it matter?

In 2016, Oregon received $13.4 billion based on the 2010 Census count. That money paid for dozens of important programs, including:

Spanish-speaking community members have been historically undercounted. For each person not counted, Oregon loses thousands of dollars in funding. If everyone in Oregon is counted in the 2020 Census, as required by the U.S. Constitution, a sixth congressional seat could be added in Oregon.

Starting March 12, the Hillsboro Public Library will open Census Resource Centers at the Brookwood and Shute Park locations. You can ask librarians and library volunteers any question you have about the Census.

You count. We count. Hillsboro counts. Learn more at Oregon2020Census.gov