Public Alert – All City facilities, playgrounds, sports courts, and recreation equipment are closed through April 28 in an effort to mitigate the spread of COVID-19 in our community. Get the latest coronavirus updates, cancellations, and information on our COVID-19 webpage.

Check back regularly for news and events involving the City of Hillsboro's Public Works Department!

The City of Hillsboro’s solar-friendly efforts continue to earn the community recognition as being among the most solar-friendly in the United States. 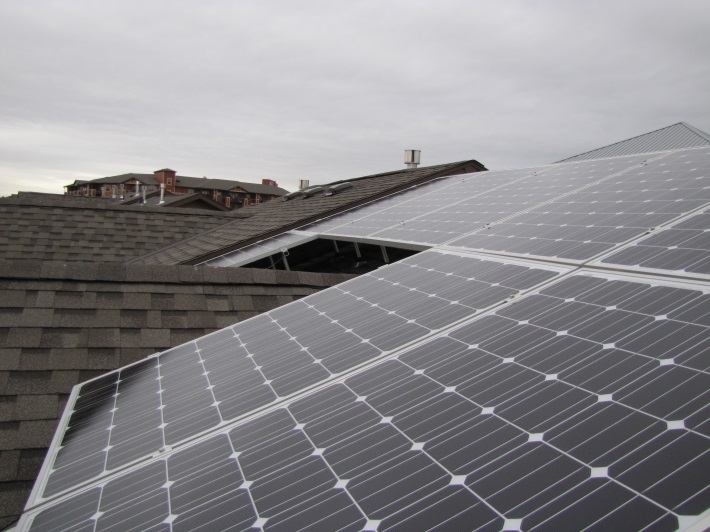 The City of Hillsboro’s solar-friendly efforts continue to earn the community recognition as being among the most solar-friendly in the United States.

Hillsboro recently received the Gold-level SolSmart designation from the US Department of Energy SunShot Initiative, the International City/County Management Association (ICMA), and the Solar Foundation. The designation recognizes Hillsboro’s solar-friendly practices of “cutting red tape to reduce the cost of solar energy at the local level.”

“We are grateful for the SolSmart recognition because it validates the many years of deliberate effort by our Building and Planning departments to streamline our permitting processes to be as fast and low-cost as they can be,” said Rob Dixon, Assistant City Manager for Community Development. “One solar installation professional recently wrote to tell us, ‘You guys are so fast, you rock! I am so happy with your team and the permitting process.’”

Reducing solar “soft costs” – in areas such as permitting, financing, customer acquisition, and labor –  saves companies time and money, and leads to savings on residential solar installation projects that can be passed along to consumers.

Hillsboro’s solar-friendly focus kick-started in 2007 when the City waived building permit fees for solar installation projects. Since then, Oregon Governor Kate Brown has recognized Hillsboro as a Northwest Solar Community for the City’s efforts to reduce barriers to solar.

The cities of Hillsboro and Beaverton are the only two communities in the Pacific Northwest to achieve the Gold-level SolSmart designation as being “open for solar business”. Both cities were among 58 communities to earn recognition at the American Planning Association National Conference in early May.

“We have been strong advocates for solar for many years, and it has created great local jobs and been a key element to our sustainability efforts,” said Hillsboro Sustainability Manager Peter Brandom.

Hillsboro is home to the largest solar panel manufacturer in the United States in SolarWorld, and the community hopes to encourage the inclusion of solar power on new homes in South Hillsboro, the largest master-planned community in Oregon history.

The City of Hillsboro's commitment to environmental sustainability is tied directly to the community-driven Hillsboro 2035 Community Plan and its predecessor, the Hillsboro 2020 Vision and Action Plan, established in 2000. Under the two plans, preserving the environment and environmental sustainability were prioritized by the community as focus areas. Community partners and the City of Hillsboro have undertaken various focused and meaningful strategies and actions around energy and carbon emissions, resource conservation and resource recovery and renewal.

Hillsboro remains committed to continuing to track and refine these efforts for the benefit of all. Below are highlights of actions and progress so far.