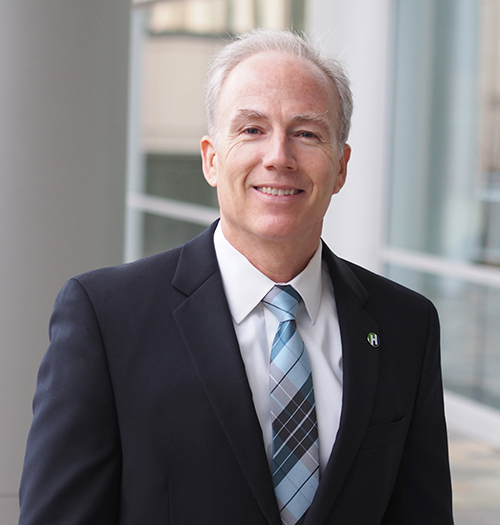 From the City Council:

"We are confident in Robby’s knowledge, skills, and ability to serve in this capacity, and we are pleased that he is both ready and willing to assume this role. Once the new Council is in place in early January we will decide on our next steps and the timeline for filling the City Manager position with the goal to have a permanent City Manager in place around July 1."

After more than seven years on the job, Hillsboro City Manager Michael Brown surprised the City Council and City of Hillsboro staff this week when he unexpectedly announced his decision to resign from his position, effective January 18, 2019.

Reflecting on the Community's Progress

The lengthy list of accomplishments in Hillsboro during Brown's tenure, which began in August 2011, includes overseeing the launch of City-provided affordable high-speed internet service, the master planning for development of the South Hillsboro neighborhood and Orenco Woods Nature Park, and the construction of Ron Tonkin Field — home of the Hillsboro Hops professional baseball team. (See the expanded list of accomplishments below.)

“Michael has been more than a City Manager. He’s a leader. He’s an innovator. He’s a visionary,” said Hillsboro Mayor Steve Callaway. “(Michael’s) work over the past seven years has made Hillsboro a much stronger community, enhancing our livability, and improving our reputation and standing at the State and regional levels. (See the reaction of all seven City Council members below.) 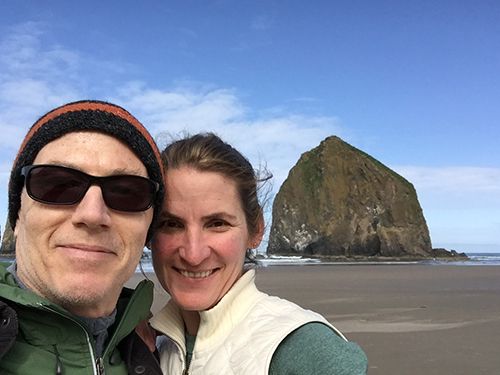 "While Michael works mainly behind the scenes, the results of his work are seen and experienced each day by all of us who live or work in Hillsboro. Still, we cannot help but be excited for Michael and his family in their upcoming adventures.” (Pictured left: Michael and his wife Brandie.)

In announcing his decision, Brown shared that leaving the City of Hillsboro was not a retirement announcement, rather an opportunity to take a break from the duties of executive leadership.

“After 34 years of college and work experience, I’m excited to travel with my family and have some serious fun. The bucket list includes epic motorcycle rides, climbing a few mountains, hiking the Oregon Coast Trail, and touring parts of America, South America, Africa, and beyond. Also, I want to spend more time with my parents while they still grace this planet.” 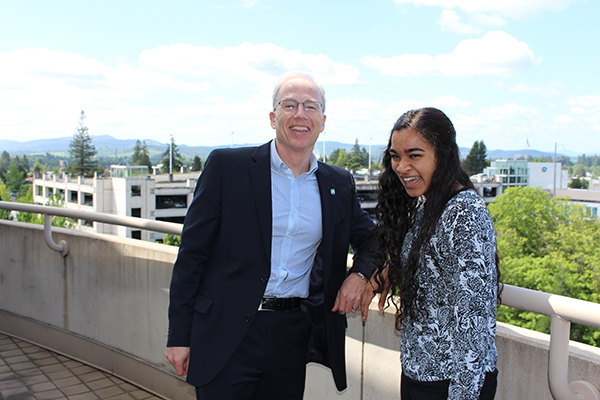 Prior to joining the City of Hillsboro in August 2011, Brown worked for 14 years for Douglas County, Nevada, where he served in various roles, including as County Manager.

“Throughout my seven years here in Hillsboro, the City Council has been incredibly supportive of me and my family,” Brown said. “I will remain grateful forever for the privilege of serving our community and working with our talented City employees.”

While Brown will remain in his executive leadership role through January 18, Mayor Callaway said the City Council would begin the process immediately to hire Hillsboro’s next City Manager in a timely manner.

“Michael will remain with us for several more months, and we have scheduled meetings for later this month to outline our next steps in the process,” Callaway said. 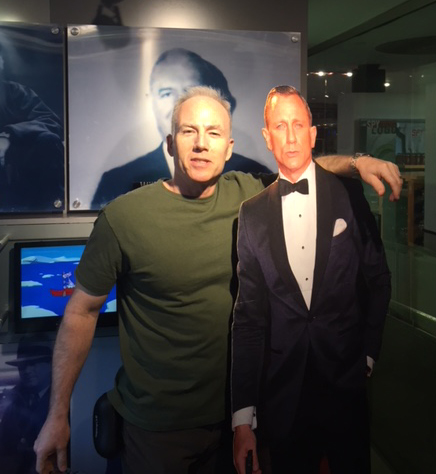 Among the City of Hillsboro's most important accomplishments and developments during City Manager Michael Brown’s tenure (August 2011 to present): 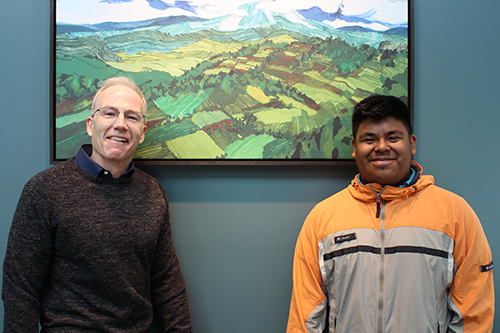 What the Hillsboro City Council Are Saying About Michael Brown

“Michael has been more than a City Manager. He’s a leader. He’s an innovator. He’s a visionary. His work over the past seven years has made Hillsboro a much stronger community, enhancing our livability, and enhancing our reputation and standing at the State and regional levels. While Michael works mainly behind the scenes, the results of his work are seen and experienced each day by all of us who live or work in Hillsboro. Still, we cannot help but be excited for Michael and his family in their upcoming adventures."

“Michael’s announcement came as a total shock. It is a tremendous loss for our city. Michael provided steady, visionary leadership through a period of rapid growth and change in Hillsboro. His unwavering commitment to make our city a better place to live and work was evident in everything he did. He leaves a legacy of compassionate care for our employees and a love for our city. He will be sorely missed, but I wish him the very best.” 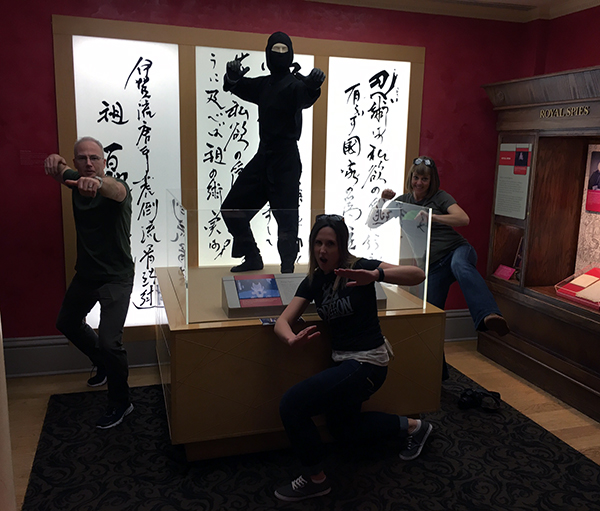 “Michael's time as Hillsboro City Manager was extraordinarily valuable to our city. He has the highest integrity, and his sense of humor and innovative approaches to solving problems have left Hillsboro with a sturdy foundation for our future. We were lucky to have captured Michael's talent for as long as we did. I wish Michael the best as he ventures into the next chapter of his life and goes on to serve our greater community in new and exciting ways.”

“Since I started serving on the Council, I have learned a lot about ‘the City’ as an organization of passionate staff who run the gizmos and thingamabobs that make Hillsboro a ‘smooth-sailing ship,’ with Michael Brown clearly as ‘our captain,’ our City Manager, to guide us. Michael has helped all of us connected to the City understand purpose, impact, and ethics applied to all of our work that makes Hillsboro the best city for all of our citizens. Thank you, Michael!”

“I’ve learned a lot from Michael about governance and how to think boldly and push for changes that may not seem possible, but are if you put your mind to it. I really appreciate how he has guided the City and been able to implement the Council’s and the City’s directives and priorities. He’s elevated Hillsboro to a better place than when he arrived. I wish him the very best in his future endeavors." 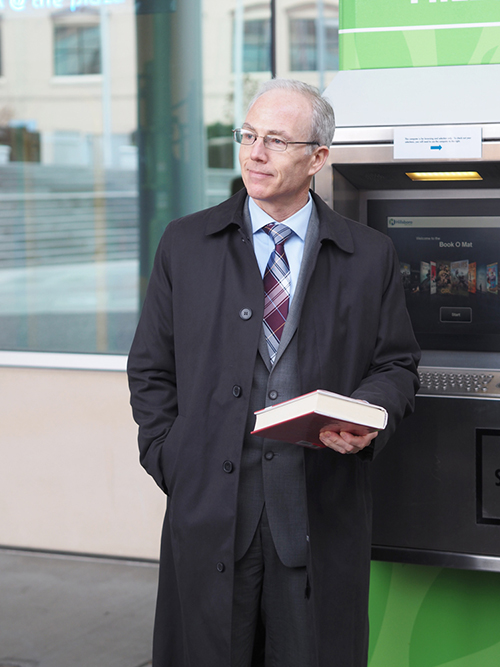 “I was surprised and am sorry that we are losing a talented City Manager as capable as Michael. He has led the City in exceptional fashion, helping us move forward and leading our staff by creating a great place to work. Michael has always been attentive to the Council’s direction while incorporating the many varying perspectives of the Council and the community. I look forward to riding motorcycles with him next summer – knowing that he’ll have plenty of time.”

“Michael Brown is a consummate professional: competent, ethical, innovative, and widely admired by Councilors, staff, and his peers in city government. He inspired us all to imagine the future Hillsboro and to believe it was possible. Michael’s accomplishments during his seven-year tenure as City Manager are really too numerous to list, but perhaps his most important contribution to the City is the excellent staff he has assembled and supported. We appreciate all that he has done for the City of Hillsboro and its residents, and wish him well in future endeavors.”