Hillsboro’s next City Manager will be selected through a national recruitment that will include community engagement. 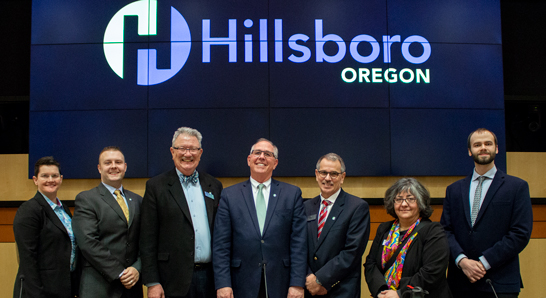 Hillsboro’s next City Manager will be selected through a national recruitment that will include community engagement.

While the Council will ultimately decide what to look for in a City Manager — and whom to hire — Councilors expressed their strong desire to engage with the people of Hillsboro during the recruitment process to ensure community members are informed and included.

Guiding the national recruitment will be Heather Gantz of the executive search firm Waldron. Gantz and Waldron previously assisted the City’s recruitment efforts that led to the hiring of several members of the City’s senior leadership team.

“Having Waldron guide this search will pay dividends for Hillsboro because of the firm’s familiarity with our community and successful track record of recruitment for Hillsboro staff,” said Mayor Steve Callaway.

Gantz will work closely with the City Council to identify the qualities, characteristics, and range of experience that Councilors seek in the next City Manager, and then recruit candidates for the leadership position that she characterized as “highly desirable.”

“The Most Important Decision”

The timeline for hiring Hillsboro’s next City Manager remains flexible. Councilors stated a desire to take the time needed to get the selection right, potentially making a hiring decision during the summer.

Mayor Callaway described the City Manager hiring as “the most important decision we will make as a City Council.”

Get news and event information directly to your inbox with Happening in Hillsboro email updates.