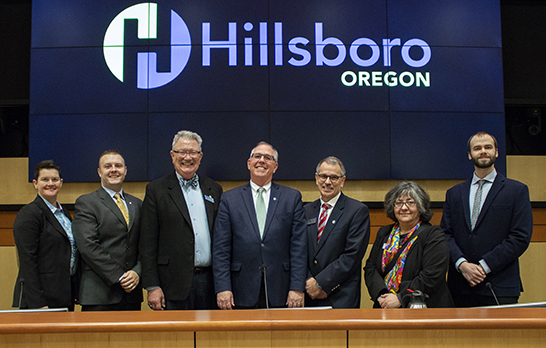 Hillsboro’s next City Manager is expected to come from among 37 candidates who applied for the position by the June 30 application deadline.

Applicants from 15 states — as far away as Florida and New Jersey — are seeking to lead the City of Hillsboro’s 1,300 employees and to serve at the direction of the Hillsboro City Council.

Here are the next steps in the City Council’s hiring process:

The City Council called for a nationwide search to recruit Hillsboro’s next City Manager. In April, City Councilors held listening tours at four community gathering places to hear recommendations from community members about what to look for in a City Manager.

In May, the City launched its national recruitment effort with a recruitment video and a position profile developed by the City Council with input from community members, community partners, and City staff.

Hillsboro Mayor Steve Callaway has described the City Manager hiring as “the most important decision we will make as a City Council.”