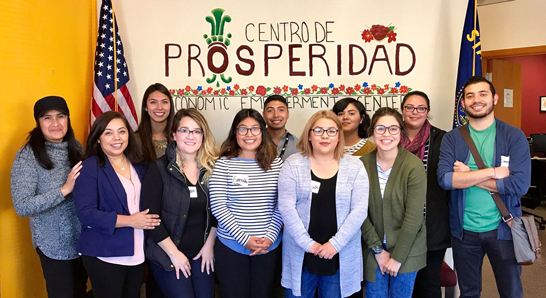 The Prosperidad Economic Empowerment Center in Downtown Hillsboro can help, in English or Spanish.

In June, the Hillsboro City Council continued support for the center by contributing $337,243 — mostly from Community Services Fees paid by businesses in the City’s Enterprise Zone.

Since 2017, Prosperidad staff report 830 people have registered for support services:

Created in 2017, the employment and business development center at Main Street and 4th Avenue is a partnership between the City of Hillsboro and Centro Cultural de Washington County.

Staff from Centro Cultural lead the center, and the City’s financial contribution will gradually decline as additional community partners lend their support.

The project builds on existing services in the region, without duplicating services provided by WorkSource, Portland Community College, WorkSystems, the State of Oregon, and other community groups.