The Reedville Creek Skate Park, an 18,000 square-foot skateboard facility, opened in 2003. It was designed by SITE Design Group, Inc. and constructed by Corp Inc. SITE Design Group enlisted the help of teens in designing the park. There were two design meetings with the kids, and design ideas were also gathered through their website.

With the teen's input, this facility was built to re-create street skating. It has more of an urban terrain, with street props—re-creating an urban plaza. The park features stairs, rails, a spine ramp, a fun box, a picnic table along with the usual ramps and quarter-pipes.

The skate park is free and is open every day from dawn until dusk. 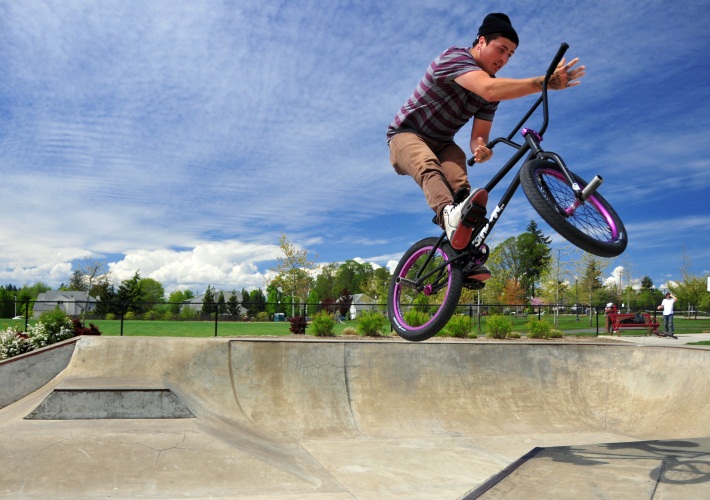 This skate park is not supervised. Skating and skateboarding are hazardous recreational activities and use of this facility can cause serious injury. Skate at your own risk.

The use of helmets, knee and elbow pads, wrist guards, and other protective equipment is STRONGLY recommended.