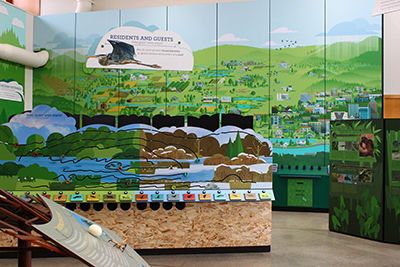 September 2003 marked the successful completion of a $2.5 million capital campaign to build the Wetlands Nature Center. The 12,000 sq. ft. Center has an exhibit hall filled with changing interactive exhibits on wetlands and natural history, and is home to the only “authentic” bald eagle nest exhibit in the continental United States. The Wetlands Nature Center also has a Nature Store, a multipurpose space for programs, and a large covered deck overlooking the Preserve—a perfect space for rentals and special events. The Center is a gateway to the unique resources and programs of the Preserve.

History of the Wetlands Nature Center

The Jackson Bottom Wetlands Center was a key item from the original Concept Master Plan for Jackson Bottom from 1989. The idea was the result of a broad community commitment to create a regional education and research facility at the edge of Hillsboro. The Preserve itself is a regional partnership that brings together individuals, regulatory agencies, major corporations, higher education institutions, non-profit organizations, public schools and civic organizations. These partners recognize that a healthy economy in Hillsboro and the region is directly tied to healthy educational natural resources.

The geographic area of Jackson Bottom includes 3,000 acres of wetland and wildlife habitat, with 635 acres within the Preserve. This area is a valuable resource used by thousands of songbirds, waterfowl, and other animals, and it became clear in 1997 that a formal education center was needed to connect the area with the northwest community through enriching programs and experiences. In 1992, the 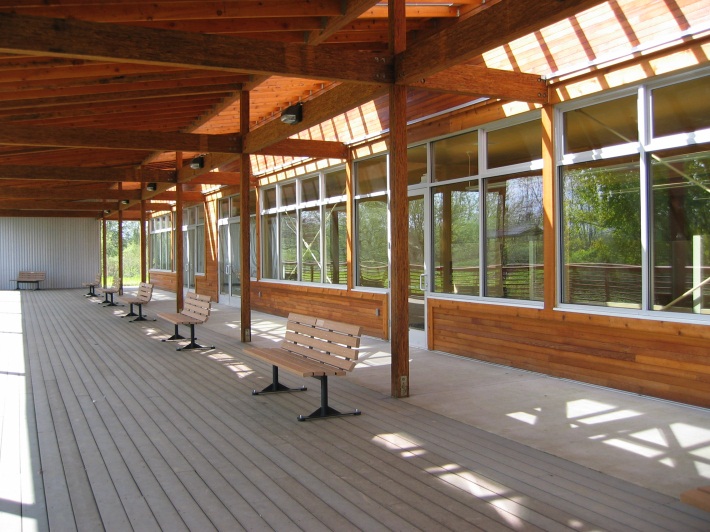 non-profit Jackson Bottom Board of Directors formed a working group to plan an education and research center at the Preserve. After years of planning, the capital campaign for the center began in 1997. A feasibility study was conducted, and the design of the Jackson Bottom Wetlands Nature Center was completed.

With the help of generous donations and dedicated volunteers, the Jackson Bottom Wetlands Nature Center opened on September 27, 2003. The 12,000 square-foot farm-style building blends well with its natural surroundings with a 3,000-square foot wraparound deck that connects the Center to the trails leading into the Preserve. With over 25,000 people engaged in programs or visiting the Preserve annually, the Wetlands Nature Center is providing opportunities for people of all ages to interact and participate in the rich natural ecology of the Preserve.