Project Summary
More than a regional shopping destination, Tanasbourne is home to a wide diversity of resident and workers.  Tanasbourne-area visitors, residents, and workers have access to a rich mix of shopping, civic amenities, and services in a suburban development context.  Many workers in nearby North Hillsboro's high-tech "silicon Forest" and Nike apparel's world headquarters choose to commute considerable distances to live in more compact, connected, and walkable communities.  Increased transit, pedestrian and bicycle improvements, housing choices, civic spaces, and entertainment options would attract more of the thousands of the nearby workers to live in Tanasbourne and the Tanasbourne-AmberGlen Regional Center.

Though the Tanasbourne Town Center Plan and associated Comprehensive Plan amendments adopted in 2000 had a 20-year planning time frame, many of Tanasbourne's horizontal mixed-use goals-including development of the Streets at Tanasbourne and higher density housing beside shopping opportunities-have already been achieved.  In January 2010, the City adopted the AmberGlen Community Plan and associated Comprehensive Plan amendments for the area to the direct south of Tanasbourne. In December 2010, the Metro regional government assigned a 2040 Growth Concept Regional Center designation covering much of Tanasbourne and AmberGlen, consistent with regional plans and the City of Hillsboro's interest in achieving goals more consistent with Regional Center metrics.

The City began preliminary planning for the Tanasbourne area in 2012 and received extensive public input during a robust community visioning process in summer 2014.  The over 100 public and private stakeholders who attended project meetings, and over 300 comments received, informed the development of the Tanasbourne Community Plan:  A Neighborhood Vision.  The largest number of comments had to do with improving non-vehicle movement through the area by providing more options for getting around on foot, by bike, or on transit.  Other significant input included requests for more open space and green connections, requests for more civic amenities and entertainment options, and concerns about the nature and timing of area development.

The community vision expressed in this document is built around the following three goals:

An integrated framework of the above goals and associated policies informed the development of 30 actions - many achievable within the next decade and others aspirational several decades into the future.

A draft plan document was available for public review in February 2015.  The Planning Commission provided input on draft plan versions during work sessions in February and March 2015, and adopted a Resolution endorsing the final plan in May 2015.  The Tanasbourne Community Plan:  A Neighborhood Vision is intended to inform future potential Comprehensive Plan Amendments and help increase the social and economic vitality of the Tanasbourne neighborhood of Hillsboro and the entire Tanasbourne-AmberGlen Regional Center.

Project Charrette
The National Charrette Institute defines a charrette as, "a collaborative planning process that harnesses the talents and energies of all interested parties to create and support a buildable Smart Growth Plan."  This project followed a "deconstructed charrette" format with a connected series of stakeholder meetings sequenced to fit into three feedback loops, thus allowing "two to get it wrong."  The first loop allowed stakeholders to identify priorities.  The second feedback loop provided stakeholders the opportunity to offer additional feedback to inform project frameworks.  By the third and final feedback loop, stakeholders reviewed and commented on the project draft concepts to help finalize the Tanasbourne Community Plan:  A Neighborhood Vision. 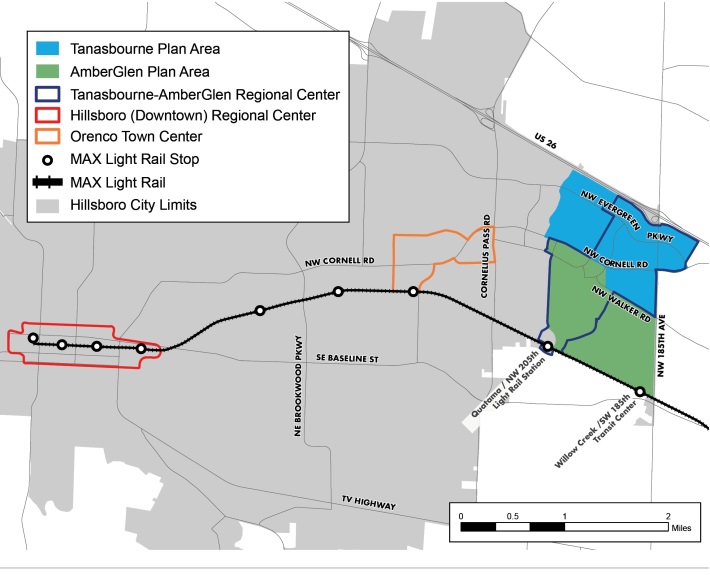 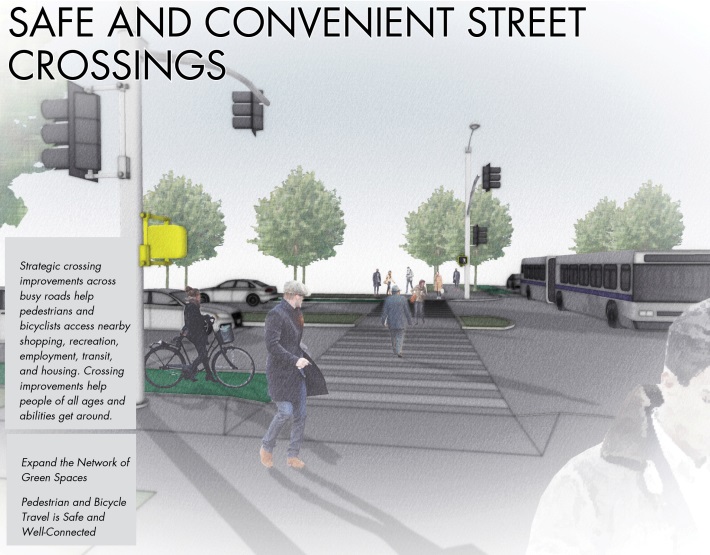 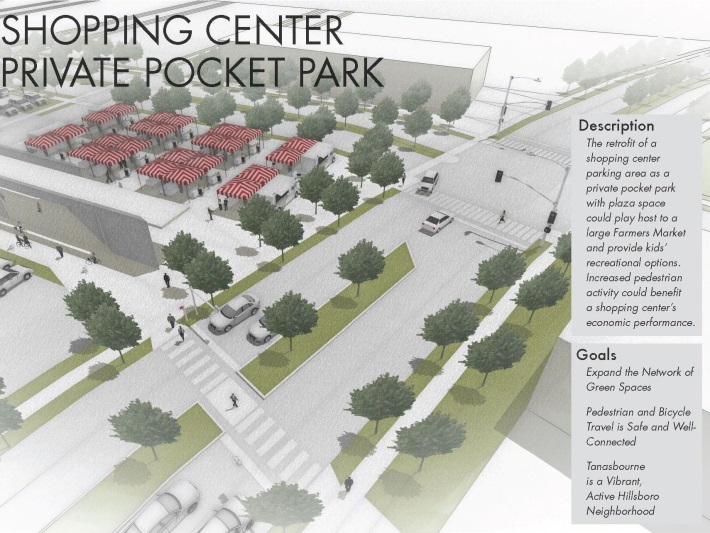