The City of Hillsboro’s population increased incrementally for many years, but has exploded in the last two decades to over 101,000 residents. This growth is primarily due to Hillsboro’s commercial and high tech industrial growth making the Hillsboro an economic powerhouse locally, regionally and globally.

Hillsboro Fire and Rescue is a career organization of 122 personnel led by Fire Chief David Downey. Our organization prides itself on providing highly trained staff with state of the art equipment to serve residents, visitors and businesses with around the clock emergency fire, paramedic and life safety outreach services from five fire stations located throughout the 24.25 square mile area of the City of Hillsboro. Hillsboro Fire and Rescue is committed to providing a high level of professionalism and excellence in every aspect of the services we provide. 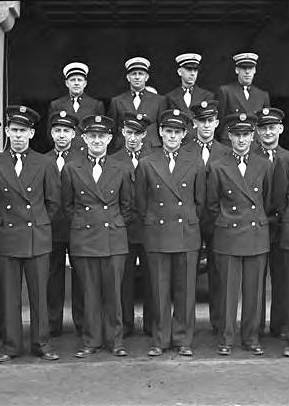 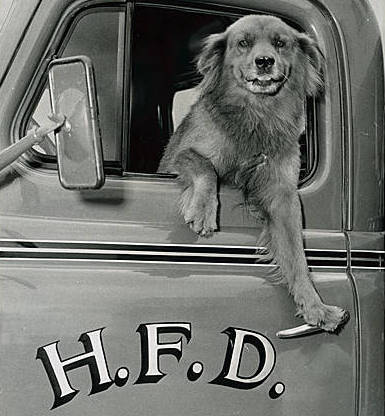 1889
The first horse drawn apparatus, a steam pumper, is purchased from Albany, Oregon.  The apparatus was originally used for firefighting in San Francisco before moving to Albany.

1922
The first motorized apparatus goes into service.  The body of the horse drawn apparatus was remounted on an old White truck chassis.

1924
A new motorized apparatus, a 1924 Stutz 500 GPM pumper, was purchased for $8,000.00.  Initial concern focused on whether the new engine would put too much strain on the City’s water mains and damage them. The water system survived and this engine remained in service many years, fighting its last fire in 1962.  The Stutz is still owned by the City. It is currently on display in the foyer of the Main Station on First Avenue in Downtown Hillsboro.

1948
Mobile radios are installed and put in service in both the fire and police departments. This is the first equipment of its type utilized in Washington County, Oregon. Newspapers report it’s well received and a resounding success.

1949
A new fire station is located on Washington Street behind the current station in City Hall. It is dedicated in October and touted as the largest and most modern station of its type in the State of Oregon. Years later, the City Manager’s Office occupied the old fire station, possibly in the old stable area.

1950
The first county wide mutual aid system is implemented in Washington County by the County Fire Defense Board. Chief Wilbur Dillon is reported to be highly enthusiastic that this type of cooperation can now be relied upon.

1971
Paid forces are increased and a 24-hour on, 48 hour off shift schedule is implemented.

1972
Lyle Oakes retires as Fire Chief. Dayton Arruda is promoted from Captain and assumes the duties of Fire Chief. Staffing is increased to provide for three, five persons crews on the 24/48-hour work schedule. Administration consists of the Fire Chief and a paid Fire Marshal.

1974
The Fire Department enters the EMS field by placing its first rescue van (R-10) into service. The new operation is an immediate success and enjoys a huge backing from the community. A new 1974 Ford Econoline Van, is donated to the City by McKenzie Ford.

1977
The City opens a second station at 25th and Parkwood Street. It is initially staffed with a 24-hour, three person engine company. Today, this building is still in use and houses the Department’s Logistics warehouse.

1987
The City signs a partial operational contract with the surrounding rural fire district, WCFD #2. This results in a marked increase in the first response area and a substantial shift in operations for Hillsboro Fire and Rescue. Provisions in the contract require that the City review station placement and make necessary changes. The District station at 5045 SE Drake Road is remodeled from a volunteer station to a City of Hillsboro career station capable of housing a 24-hour, three person engine company. The District station in Orenco is also remodeled and a third 24-hour career engine company is added to the City’s emergency response network. The Parkwood Station remains open as a volunteer operation. Part of the additional manpower requirements are filled when all the Districts’ paid personnel, except the Chief, are absorbed into Hillsboro Fire and Rescue. A full time command vehicle staffed by a Battalion Chief is also a result of the contract.

1992
Rescue 10, originally housed in the Main Station downtown, is relocated with its crew of two to the Parkwood Station. This allows the rescue to be centrally located in the City for better coverage on all medical alarm assignments.

1995
Dayton Arruda retires as Fire Chief. Dennis England is promoted from Operations Chief and assumes the duties of Fire Chief.

1997
The Hillsboro Fire and Rescue opens two new stations, replacing antiquated and poorly located existing stations. The first station to be dedicated is the new Main Station on First Avenue. It replaces the existing station on Washington Street that opened in 1949. The second station opens in the Ronler Acres area. It replaces the old District station in Orenco. The Fire Prevention Division is based out of the Ronler Acres station.

1998
Chief England assumes the duties of Chief of WCFD #2.

2002
Chief England retires October 31, 2002 from Hillsboro Fire and Rescue, but continues on as Chief of WCFD #2. Chief Ross is appointed interim Fire Chief.